Founded by Georges De Feu and Dries Hens in 2015, LynxCare is today a fast-growing Belgian scale-up company, employing 50 people and is accelerating research at the leading Health Systems across Europe and North America.

The seeds of a healthcare data revolution.

It’s the year 2014. The global digital transformation is in full swing, and the first generation to grow up with access to computers was finding its way to the workplace. To these tech-savvy youths, life without computers was unthinkable, and every problem could be solved through technology. At the time, Georges was studying pharmaceutical sciences and had co-founded his first start-up (Qualenica, now Magis Pharma).

Dries had completed his studies as a doctor, and was working on his MBA at ESCP. Georges spent the majority of his days working in a research center for his thesis. He was frustrated that he had to dedicate hours at a time to collecting data for just a single data point. Meanwhile, during his medical studies, Dries had regularly been confronted with patients asking questions that he had no answer to, even though he had seen many similar patients before. 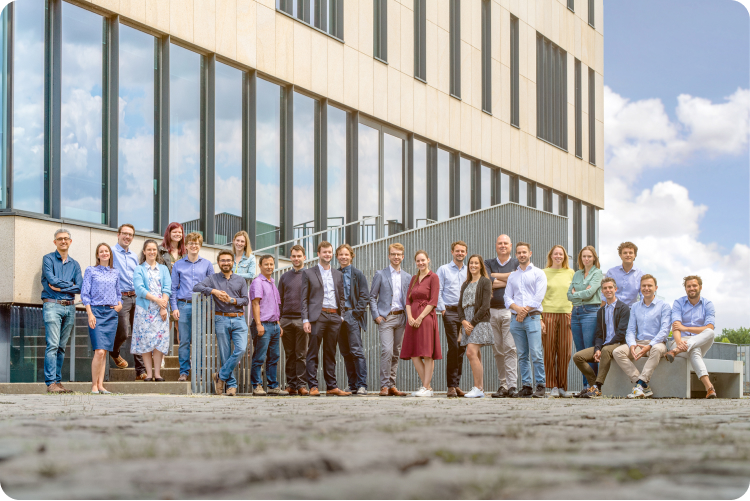 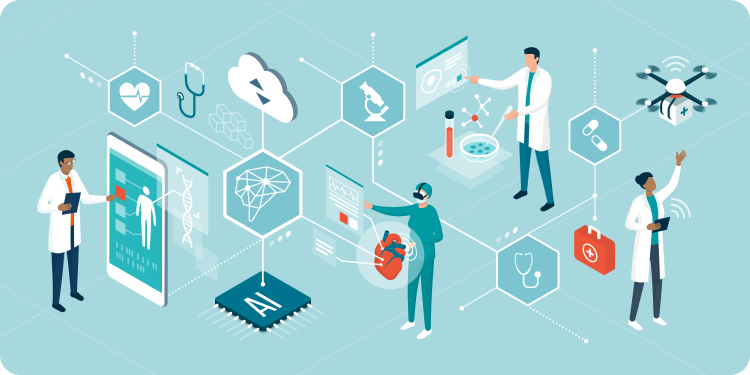 In the past, other researchers and doctors had undoubtedly experienced similar issues. However, to the new generation, these challenges felt archaic. Sitting in front of their computers, they both came to a similar realization: the answers they were looking for were likely right in front of their noses, albeit locked away in the vast amounts of data. By unlocking this data, it could be used to facilitate pharmaceutical research and gain new clinical insights, vastly improving patient health in the process.

And so, LynxCare was born.

Through Georges’ family, Georges and Dries came into contact with Sharon Feder and Dr. Michael Victoroff, the mother of a patient and a doctor who helped her gain insights in her son’s complex medical history. Over many years Michael and Sharon helped patients building “patient summaries”, a manually curated overview of the patient’s medical history to provide transparency to all healthcare providers involved. Through this encounter, the first ideas about technology to help them speed up medical summarization were planted.

Not much later, LynxCare was born. 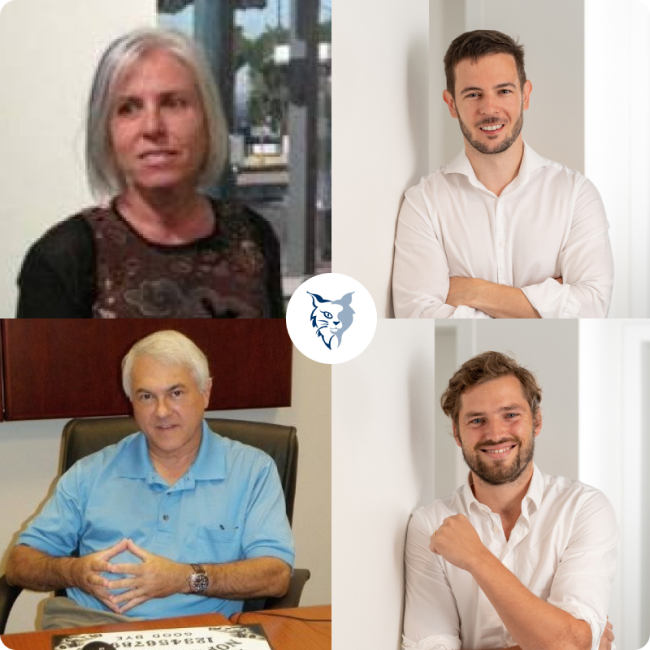 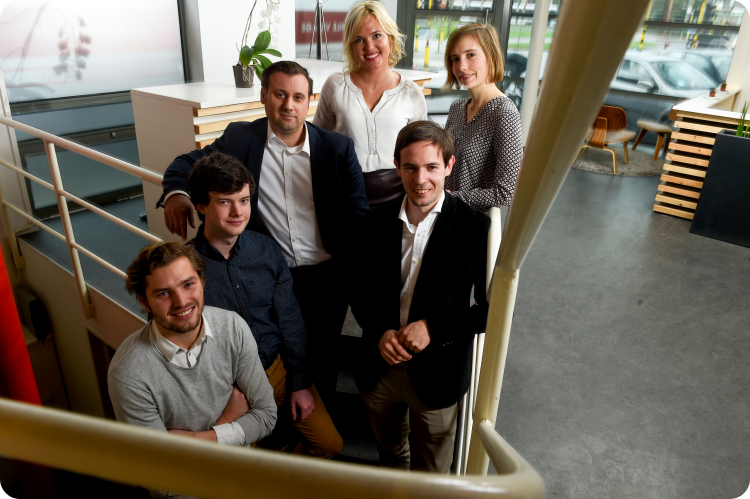 To those that made LynxCare.

Having a revolutionary idea is one thing, executing on it is another. The two co-founders set out to find those who shared a similar vision of data-driven healthcare. LynxCare would not be what it is today without the contributions of its early team members Emanouil Kazaltzis (former CTO) and Andreea Bodnari (Data science advisor), and the trust placed in them by Etienne Mariën, Kris Verstreken and many other early business angels.

In 2019, Kenny Willems joined as a CFO-COO and had a pivotal role in closing the first VC investment by Annie Vereecken (later incorporated in Heran fund). In 2020, LynxCare received additional backing by Christian Schütz and BtoV partners. In 2022, LynxCare closed the largest Series A round in Belgian digital health history (led by MTIP, followed by Elaia).

Today, LynxCare is a fast-growing Belgian scale-up company, employing 50 people and is accelerating research at the leading Health Systems across Europe and North America.

Insights gained from data stands or falls with the data's quality, so quality control and traceability are of the utmost importance. As such, LynxCare's core is to build AI/NLP systems that meet "human-like" accuracy without compromising on scalability. Only under these premises, one can be comfortable using that data for medical insights, research, and many other purposes to improve patient outcomes. 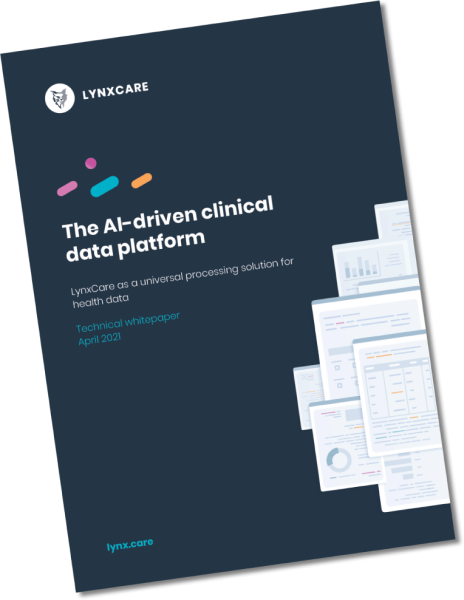 This data fuels clinical insights for doctors, and lets them monitor patient pathways and analyse treatments. As a result, they can uncover risk as well as accurately and transparently communicate to patients what they can expect. Because the hospital remains in control of the data, it can also be made accessible to researchers, without privacy concerns.

‍The first proof of this was a publication in orthopedics.

The peer-reviewed article proved that LynxCare algorithms meet human-like data accuracy levels of over 90%. To us at LynxCare, it's fundamental to ensure this accuracy at all times. That's why we have embedded solid, transparent quality assurance processes in all steps of the data extraction process.

Data should not just serve the interests of individual patients, but also help others. This is embedded within GDPR, article 89(1), that allows for secondary data use for (and only for) scientific research.

As LynxCare started from a patient's initiative, it is fundamental to us that this data can never be used for purely commercial purposes and a strict scientific governance should ensure it benefits the interests of patients. 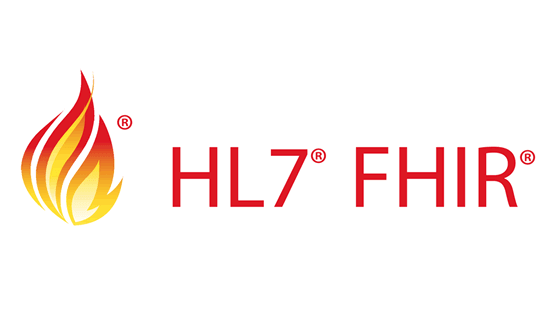 In its efforts to unlock the world’s previously unavailable clinical data, LynxCare pushes for an Open Data Model. In contrast to a Data Monetization model, which is both ethically and legally unacceptable, the Open Data Model makes sure that stakeholders are compensated based on the fair value of their (intellectual, technical, or other) efforts in the research project. 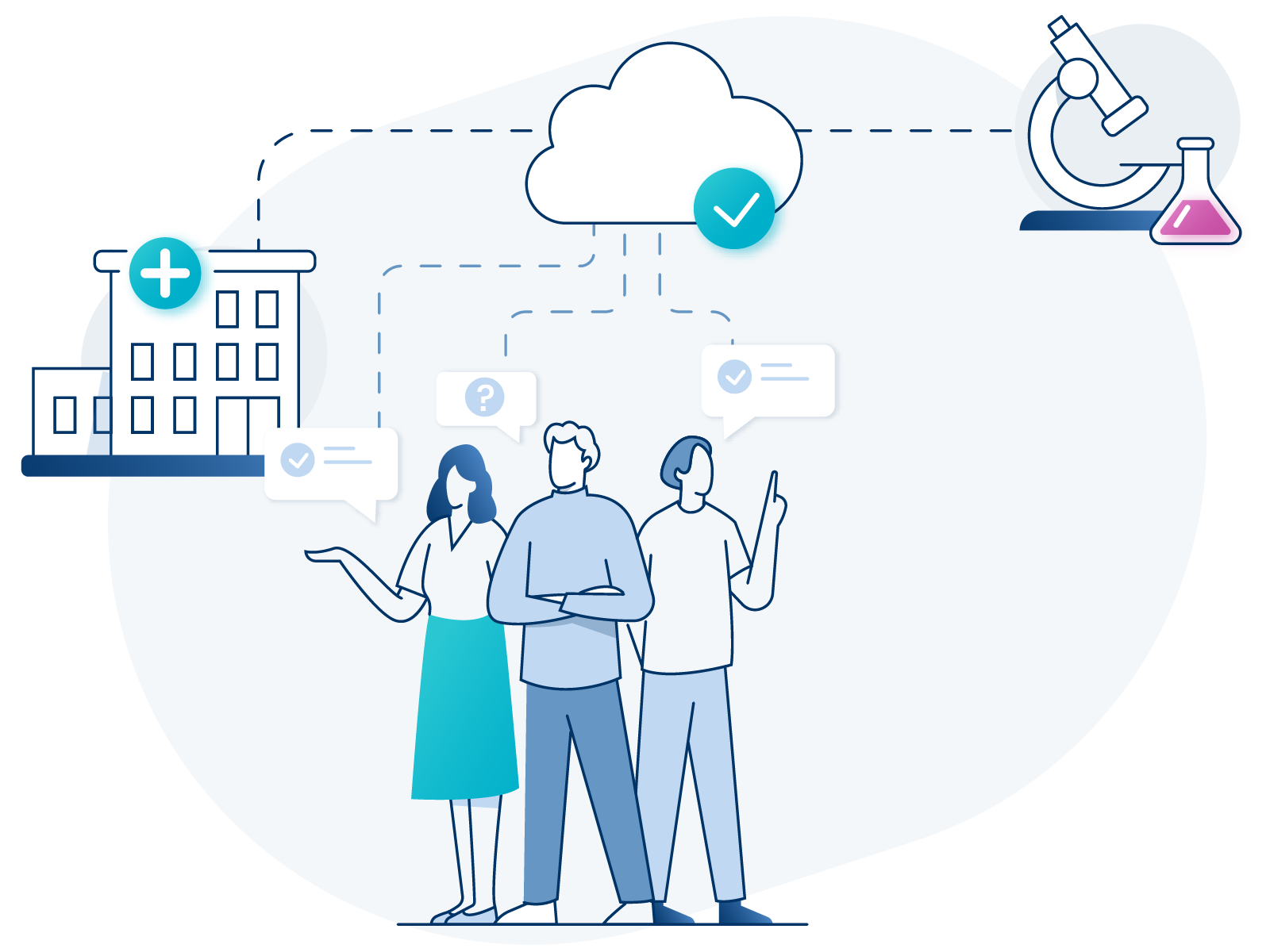 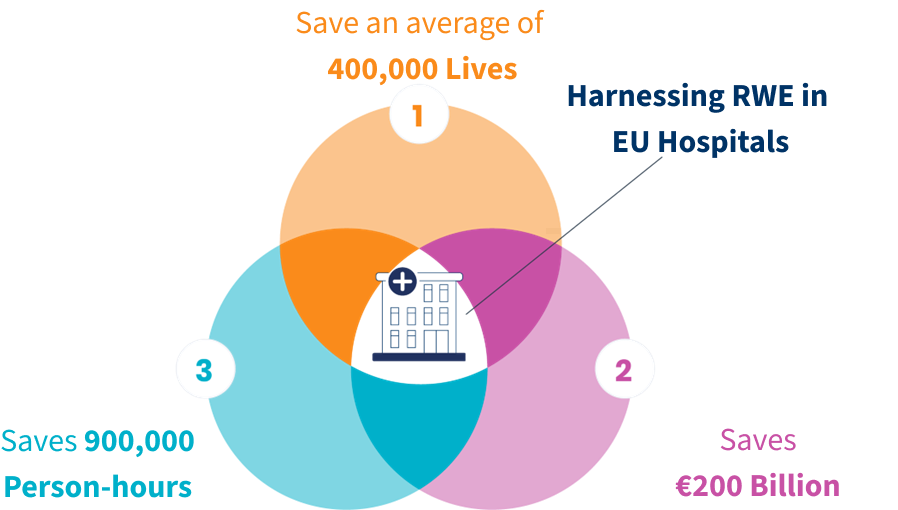 What the future holds

LynxCare is taking the lead in the healthcare data revolution. We are convinced that data and AI are the keys to unlocking the potential for innovation. According to a recent study by Deloitte, harnessing data and AI in European hospitals can save an average of 400,000 lives, save hospitals in excess of 900,000 person hours and save them €200 billion (Deloitte & MedTech Europe. (2020, October). The socio-economic impact of AI in healthcare).

As the use of RWE in the EU gains widespread adoption, LynxCare will continue to help hospitals build clinical data warehouses and prepare for the future within the European Health Data Space. 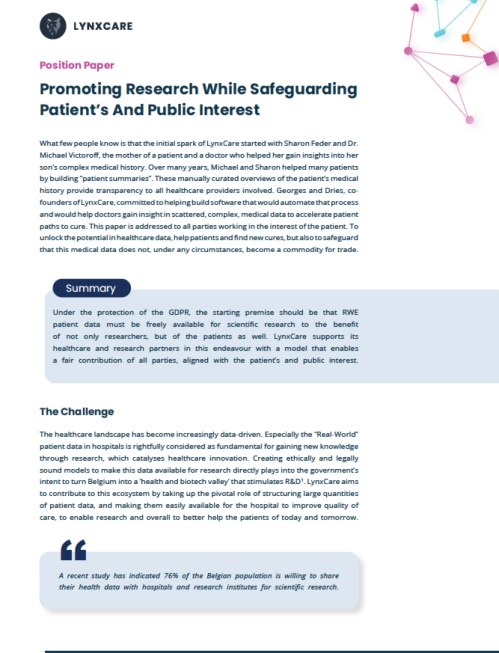 Build the future with us

We have a team of MDs, data scientists and software engineers ready to welcome you. 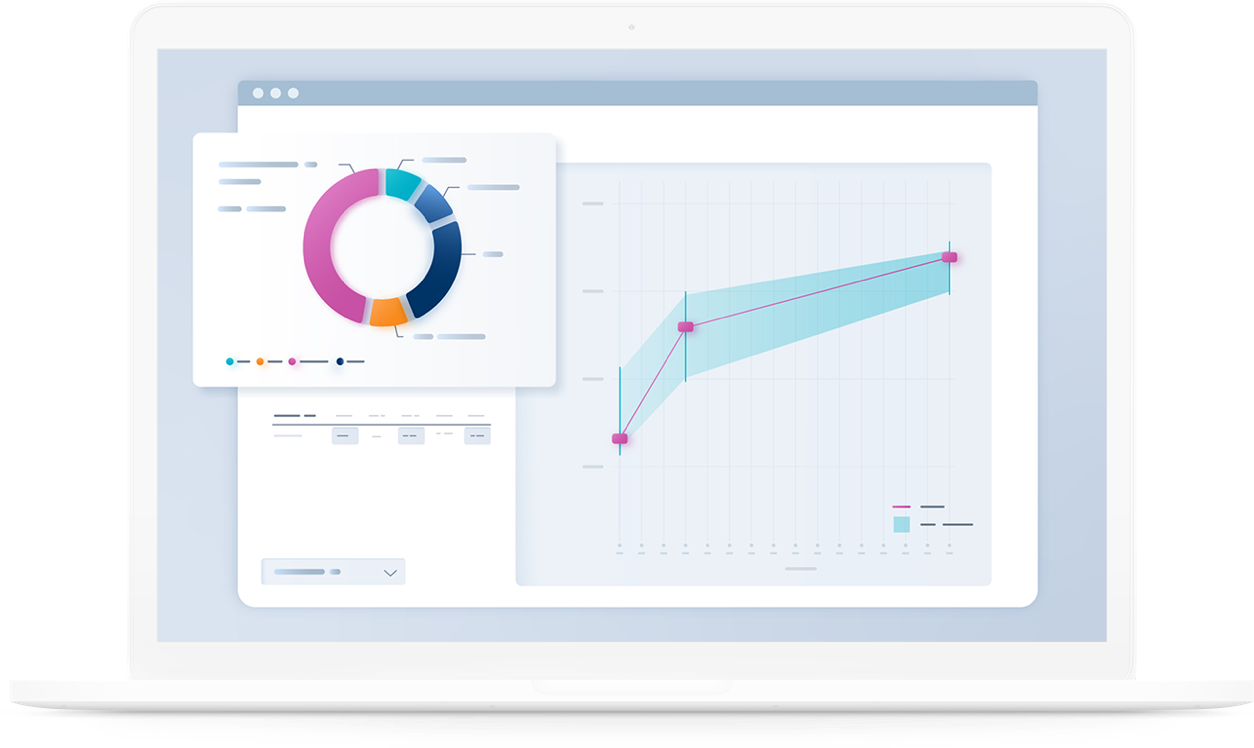 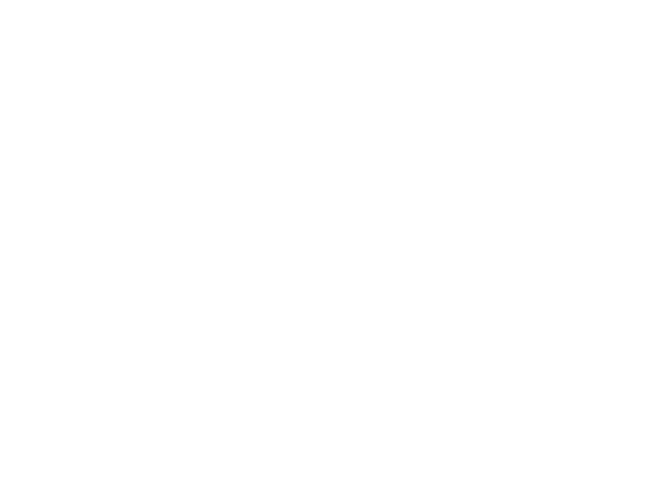